My father George was able to donate his corneas to help others and I am so thankful. He was an extraordinary man! But, before I go into detail about him, I need to share with you why the donation was so important to my father as well as my family.

My mother was diagnosed with an autoimmune disorder at the age of 17. The doctors told her that at the rate her disorder was progressing she would likely only live another five years. Two years after her first diagnosis, she met my father. He saw past her illness and was adamant to marry her, even as her health continued to decline and her doctor said there was just nothing left to do. In 1990, my mother decided to come to New Orleans and get a second opinion. This doctor suggested that a liver transplant would save her life. That same year in August, my mother was matched with a donor. After 24 hours of surgery, the liver failed and the kidneys followed. As a result, she then had to undergo a liver and kidney transplant and after six weeks in the hospital, she was on the road to recovery! 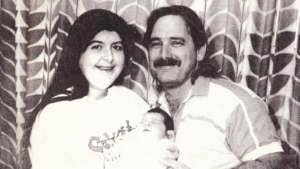 Five years later, in 1995, I was born. I was featured in medical journals as the first live successful birth to a dual transplant recipient. Donation and transplantation meant so much to my father – not only did he get to keep his wife but their family grew with a daughter. Two amazing Gifts of Life made possible by donation and transplant.

My dad always felt so blessed and was a HUGE advocate for transplantation because he would have never had a family without it. Unfortunately, we lost my mom in 2014, leaving us both heartbroken. My parents were so full of love and kindness, that they never knew a stranger. My dad was one of the friendliest people you could meet. If he could help someone, whether a family member or stranger, he never hesitated to do so. 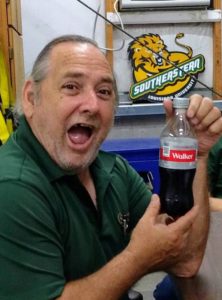 My dad was 58 years old when he died. I was never expecting to lose both of my parents before I was 24 years old. He was too young and had too much life left to live. He was born in New Orleans, attended Bonnabel High School, and moved to Hammond in 1980. He was the ultimate handyman. He had a trade in auto detailing and had a side job wiring electricity in homes for my grandpa who was a contractor. Then in 1990, he took a job as a maintenance repairman at Southeastern Louisiana University, where he worked for 28 years. He treated the students like his own children. I even received a letter from one of them after his passing to share a story about he would help out with the most bizarre things, like cracking a coconut for her! He surely did go above the call of duty for his students.

He was a diehard Atlanta Braves fan and had a tattoo and memorabilia to match. He also enjoyed watching the Saints. From March to September there was nothing but baseball in the house, and then football from September to March. He also loved working on cars and jamming out to classic rock. His favorite band was Led Zeppelin. He also loved to cook and have our family over on holidays, when he would cook big meals for all of us. He liked to stay busy. He was always on the go go go and is now having a well-deserved vacation.

Thank you for having my father live on though donation. He was a selfless giver and helper, he would want his recipients to also share the importance of organ, eye and tissue donation.