To the recipient of David Jr.’s eyes,

Our family is so happy that you have been given sight through my brother’s generous gift. As a family we hope that his eyes last your whole life allowing you to see the beauty of family, friends and nature, three things that were important to him.

I, Denise, want to tell you a little about my brother. David was larger than life to family and friends enjoying life to the fullest in many ways. He loved camping and had everything and more for camping!! He and my Dad who is also a David (my dad passed a week after David) went camping many times over the years. He loved going to Mile High to pitch a tent and camp because the beauty of nature thrilled him. My nephew Justin, dad, and myself went with him recently to the mountains for the Indian POW WOW in Cherokee (he and my father often went to this—it’s usually in July) and he knew everything and we had a great time. History was his favorite. He taught history and even participated in war reenactments up North. He had all the gear for this too! David would go almost every year until he got sick. David had a vast knowledge of history. If you started off with him, he could literally talk for hours and he would talk about what you would want to hear; eventually he could go on until you had over load. David also served in the army and was a police officer as well. He lived in Metairie, Louisiana.

David’s love for life was infectious. He belonged to a fraternity. To this day, that frat house knows all about David (he was 49 when he passed). He’s a legend there; his brothers loved him dearly. Since we were waiting to bury him with our mom who passed 11 months before him, we decided to have a gathering to celebrate his life. The turn out was great—our house had so many people you had to say excuse me just to walk around!!

The brothers came out as well as his friends, many of whom he did not see for years. I had one request for the celebration: stories had to be told about him. We discovered that David was the master mind behind the numerous antics that went down. Oh, my they were funny stories! Quite a few guys were choked up and cried as they told their stories. My father was there and met many of his friends (he was in his bedroom). He was so pleased that there were so many that came out and that they loved his Son.

David had three names that suited him just fine: Crazy Dave, Chief, and Mad Dawg. Mad Dawg was his name on the army games on the computer he played with many all over the world. Even they texted or called when he passed.

He truly was a great brother and friend. We miss him dearly and hold many fond memories. I hope you have enjoyed getting to know about our brother through this letter.

If you are willing, we would like to meet you and share stories and pictures with you. 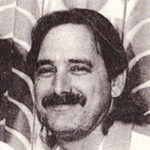 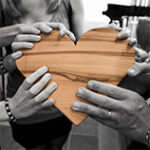 Donor Stories: A mother’s letter to a recipient